Skip to content
Laptop Verge » Brand Comparisons » Dell vs HP: Which Brand is Better And Why in 2021

Laptops have become integral parts of our lives. Gone are the days when desktop PCs were the most widely used computing tools around the world.

The 21st century now requires not only a fast, durable, and smooth working machine, but also a portable one.

This growing demand for laptops has led to a variety of products in the market. Today, you can see laptops from all brands with different specifications.

Dell vs HP: Which brand should you pick?

Dell offers some of the best laptop available and are generally considered to be better than HP. The reason for this is that Dell has great models on all levels of the product range. While offering some great laptops, HP has certain areas where they can’t be compared to other brands.

Dell is an American based multinational organization that deals in the manufacturing and distribution of technological equipment. When it comes to producing laptops, Dell has been superb.

Their portable computing products are suitable for anyone familiar with the Microsoft Windows platform. Dell also produces laptops in a wide variety of price points because of its broad clientele network.

If we talk about design, then many users around the world claim that Dell has not been particularly keen on optimizing the design of their laptops. Instead, they focus more on the power and reliability of hardware components. However, some users say they still come up with better design ideas than HP.

Dell has introduced sleek design concepts into their latest laptops. For example, Dell’s XPS 13 is widely popular when it comes to design. It has a slim profile and white-gold chassis that has an aesthetic appeal.

For gamers, Dell’s laptop line Alienware is among the top choices in the market today for gaming laptops. These have backlit keyboards and fancy logos, along with a sleek design that appeals to many gamers.

Dell beats HP when it comes to design. In a match-up of the Dell Inspiron vs. the HP Pavilion (two of the most eye-catching laptops produced by these brands) Dell won hands down.

Components are definitely an area that is Dell’s forte. Dell fits not only high-quality but powerful components inside its laptops. Since Dell products range from budget products to high-end laptops, they manufacture laptops with various versions of processors, graphics cards, RAM, and so on.

Dell’s Inspiron series and its Alienware product line show that Dell produces not only high-quality products but also a variety of choices for each user.

Innovation is one of the significant factors in the Dell vs. HP debate, and Dell tops this area. They continue to experiment with a lot of different technologies and design concepts for their laptops.

Take the example of the Dell XPS series, like the popular Dell XPS 13. Unlike the traditional versions of Dell’s laptops, the XPS series consists of slim and lightweight laptops with innovative features that allow users to control their mobile phones with their laptops.

Or even the Dell Precision Series, which has ample power and memory for it to be a great laptop for video editing in 2021.

On the other hand, Dell has come up with a Control Centre for its Alienware laptop, which allows users to change settings according to each game.

However, Dell’s latest innovations have been limited to just their high-end laptops, according to many users. They also claim this is something that Dell has to improve on because they serve a broad customer base.

When it comes to customer support, Dell definitely takes the lead in the HP vs. Dell debate. Dell offers top-notch customer service in the industry. If you look closely at the 5-star reviews of Dell’s laptops on Amazon, a lot of the users rave about their fast and efficient customer service.

Plus, all Dell’s computers come with an excellent warranty, and in case something gets broken, Dell responds immediately. In case problems persist, Dell replaces faulty products right away, without causing any inconvenience for their customers.

Where are Dell Laptops Manufactured?

About 95% of the Dell laptops are manufactured in Asian countries, namely, Penang, Malaysia, and Xiamen, China. The manufacturing unit in Penang was started in the year 1995 whereas the one in Xiamen has been operational since 1999.

Dell also invested about $60 million in a new manufacturing unit in Chennai, India, to meet the growing demands of that continent while a lot of their orders from South America are now handled by their unit in Hortolandia, Brazil.

Their Alienware range of laptops, which has been a massive hit amongst buyers, has continued manufacturing in the Austin, Texas plant.

Dell had numerous plants across the US shut down between 2007-2010 due to the high amount of incentives they had to pay to the states, and a lot of the workload from these plans was distributed between the Asian and Mexican plants.

Why Dell Stand Out

Dell stands out because of the wide range of products they produce, ranging from high-end laptops to budget ones.

Plus, Dell doesn’t compromise superior quality for user price, and in case something goes wrong, their fast customer service is right there to cater to the needs of their customers.

Dell continues to introduce more laptops, and this makes Dell a favorable brand to invest in when it comes to buying laptops. 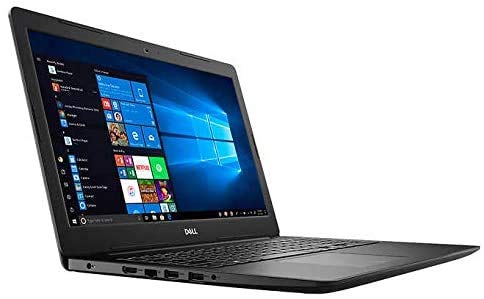 Dell vs Lenovo: Which is the Better Brand in 2021?

HP is a direct competitor of Dell. They, too, are very popular. Hewlett Packard originally started making robust workstation computers, which weren’t expensive though not quite as aesthetically pleasing when compared to other laptop models from a variety of brands.

Nevertheless, their earliest laptop products were durable and made with high-quality components. Recently, HP has expanded its production and manufacturing campaigns to serve a wider variety of users around the world.

HP has improved a lot on the design of their laptops, especially when compared against their earliest laptop workstation models. HP’s new models, more notably their Spectre x360 laptop model, have an aluminum chassis in silver color with expertly crafted hinges that allow the laptop computer to transform into a tablet.

In the Dell vs. HP debate, the race for the most eye-catching design concepts is tight between the two brands. Both have raised their standards when it comes to design innovation. However, HP has the upper hand in this area with the release of their newest products.

When it comes to CPU, RAM, and video cards, Dell has the upper hand. Although HP also provides hardware components in their laptops that are similar to the specifications of Dell laptops, HP is not as good as Dell when it comes to quality.

Dell’s processors are faster and more reliable compared to HP laptops with the same specifications. However, Hewlett Packard still makes robust laptops with generally longer battery life, and this makes their laptops suitable for heavy use.

As mentioned earlier, HP has also raised its game as Dell when it comes to innovating and introducing newer laptops with enhanced features.

However, Dell has innovated more because they specifically continue to target their laptops at users with more innovative needs in terms of business and gaming laptops.

On the other hand, a significant part of HP’s focus is on other products like printers and scanners. HP has not specifically directed its innovative efforts towards the development of laptops.

Nevertheless, more recent HP laptops continue to be equipped with enhanced features. Although not as innovative as Dell’s portable computing products, HP laptops are still up to the mark by today’s standards.

HP goes the extra mile to make sure that their customer service continues to be a valuable benefit for their users. Aside from phone assistance, the company provides support services through social media networks and their official YouTube tutorials.

However, many users claim that HP’s phone support services aren’t as good as Dell’s or for that matter, even Lenovo. Read more about that here.

They reported delays in assistance because most of HP’s support services are outsourced. All in all, for these customers, they say Dell’s customer support is far better than HP’s.

Where are Laptops by HP Manufactured?

Popular HP laptops, such as the HP Envy, Elitebook, Pavilion, and the gaming laptop phenomenon Omen are all manufactured in the US, where they hold about 23% of the market share.

Why HP Stands Out?

HP stands out because it produces laptops with visually appealing form factors and high-performance components.

HP provides a lot of choices, ranging from budget laptops to high-end products with world-class components. 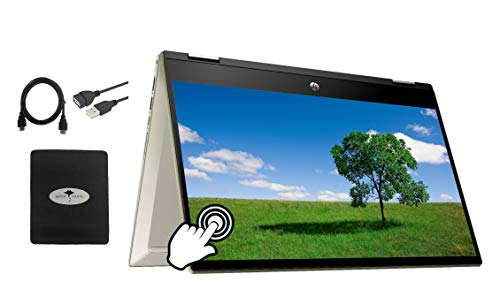 Q1: Are Dell or HP laptops better for gaming?

For gamers, Dell’s Alienware laptops were a clear cut favorite in the past, but with HP launching its Omen gaming laptop, there’s a new beast in town.

Both ranges of laptops are pretty durable, come with RGB backlit keyboards, powerful GPU units, and a cooling system that can support even the latest FIFA or GTV games.

However, HP Omen is just a tad better in terms of power and speed with an Intel i9 processor, NVMe SSD, and other similar upgrades. But keep in mind that the higher performance also comes at a greater cost.

So if you are on a budget, Alienware is still the ideal choice.

Q2: Which is the ideal brand for budget buyers?

If you are spending on a tight leash, Dell is the go-to brand. Not only are its Alienware laptops much cheaper than the HP Omen model, but they also offer laptops for as low as $299.

If you are looking at battery life, HP is the clear winner as it uses prismatic batteries. Their batteries can last you for about 3-4 years without failing, whereas Dell usually lasts for two years. But keep in mind that how you use the laptop and its specs also plays an important role.

When it comes to the display, while both HP and Dell laptops use IPS displays, some Dell laptops still have the old TN display (though that helps lower cost), giving HP the edge.

As far as the build and sound are concerned, both the brands go toe to toe.

When it comes to customer service, this is the only place where HP and other brands can take a leaf out of Dell’s playbook. Complaints regarding delays, long waiting times, etc. are common, which probably mainly is because HP outsources its customer service.

Both HP and Dell are among the elite laptop manufacturers today. In fact, both these brands are quite popular among gamers, business users, students, and casual users around the world.

However, in deciding which is better between Dell and HP, it’s crucial for each user to review any product from these brands carefully.

The final verdict on the Dell vs. HP debate is that Dell is better than HP. That’s because they aim to innovate the form and function of their laptops based on the current needs of their target users, all while providing good customer support services.

As for Dell, they have certain laptop models that can be more beneficial and accessible to some users than counterpart models from HP, especially when it comes to price.